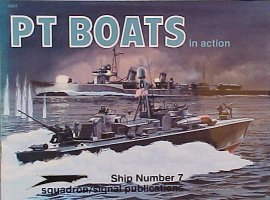 The revolution in marketing and business is taking place on two fronts. On the one front, the Godzilla companies like Walmart and Amazon are fighting to rule the world. They are taking out other major players in retail unmercifully. And now turning their major fire power on each other. Wal-mart is taking on Amazon Prime with its own delivery subscription service. This service launched September 15th. Following in the steps of Amazon, this service is called Walmart+ and costs $12.95 a month or $98 a year, compared to $119 for Amazon Prime. What will be the outcome of this clash? Hard to say. Like a fight on Mount Olympus, one of the retail Gods will take an advantage. Meanwhile, the little guys are on the move – like PT boats competing against the Destroyers. Unlike most consultants, I am interested in the PT boats.

The PT boats cannot take on the Gods of retail, or in any other industry. Those players have mammoth budgets to market and discount in a way that destroyed many competitors within the retail world. So how can the PT boats take on the big players. The secret lies in knowing and targeting your customers.

From the ashes, some small businesses are emerging in every industry that competes with the Godzillas. These companies realize that they cannot compete against these major players head on. That is suicide. Instead, they act like PT Boats and attack the destroyers where they are vulnerable. In services, in special products, in areas where Wal-mart and Amazon cannot or will not play. They use customer insights to develop tactics that enable them to fight smart, sometimes to even fight dirty. And to win!

When I started my agency, Advanced Insights & Marketing (AIM), after spending 25 years employed by big players (NFO, Kantar, LRW, MetrixLab) I thought that we could take on the big companies and win head on. Our group has the training and the smarts to offer advanced techniques (like brand equity models) that can compete with these billion dollar research companies. Often at half the cost. Clearly, we were going to kick their a**es. Clearly. But in fact, we did not. The billion dollar clients continued to work with the billion dollar agencies and we struggled to make our mark.

Then we had a revelation. Big research agencies ruled the Fortune 500 world. However, companies in the $5-$50M range were not being served very well. Honestly, the money that they could spend on consulting, research and marketing was not enough to pay the big fees charged by the major players. And in many cases, they did not even know what they were missing. Many of our clients were doing very well in their niche, so they were not desperate. Yet, we were able to demonstrate that with good targeting, positioning and messaging through the right channels they could grow their business substantially. With amazing ROI on marketing. And unlike the big players, we were able to guarantee these outcomes. Or we would refund our fees. We put skin in the game. Ever heard of a major agency doing that?

These days, we are doing great business. We are not competing with the Mount Olympus players. And guess what? Those companies are not doing very well, as customers demand better service at lower fees. We’ll never have to worry about making $100M in revenue. However, we are just fine in our niche. Keeping customers happy and doing the work that we love!