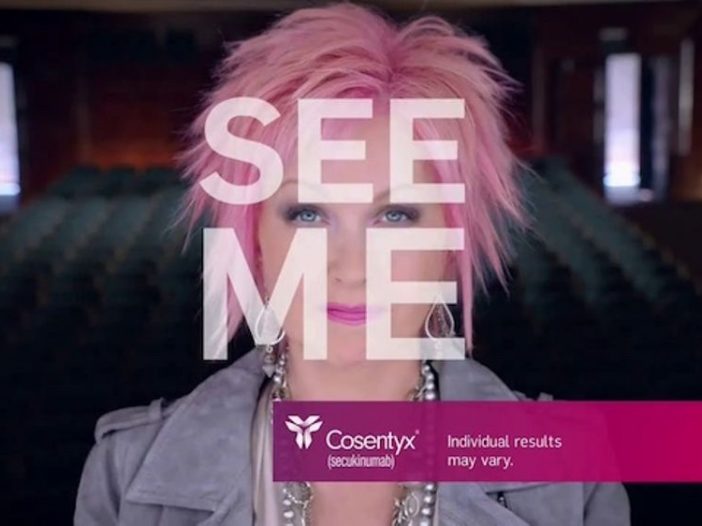 Looking back in the history of DTC advertising, celebrities were only rarely used. Pharma companies were not convinced that famous spokespeople would be effective. Would they be credible? And worse, some thought that perhaps it would be a bit unseemly to use "actors" to shill their products. So they stuck with pleasant scenes of patients on beaches or walking their dogs and the world of DTC marketing moved on.

Boniva Got It Right

A notable exception was the use of Sally Field for Boniva. In the 2006 ad, Field commented that "When I completely went off HRT, my bone density took a really big dive and my doctor noticed it". As she was about to turn 60, Field was diagnosed with osteoporosis -- a serious bone-thinning disorder that dramatically affects the risk of bone fractures. In the medical community it is sometimes referred to as the 'silent disease' because there may be no symptoms until you have a fracture. By connecting Boniva with Field, Genentech was using the star factor to raise attention to the condition. The advertising was a home run, in large part because Sally is so authentic.

Fast forward to the use of celebrities now. It is booming, with celebrities from Whoopi Goldberg and Serena Williams (for migraine), to Ray Liotta for Chantix, to Phil Mickelson for arthritis and the list goes on. Are these celebrities working? Are these famous celebrities helping drive interest in the brands they represent?

Research released by Novartis last year at the DTC National conference showed conclusively that Cyndi Lauper was providing a strong ROI for Cosentyx. In her presentation, Chrystie Yodice, Director of Consumer Activation, noted that Cyndi drew attention and delivered her message well. She is authentic because she is passionate about treatment of psoriatic arthritis. Yodice was careful to note that Cyndi is not doing this alone, nor does she own the spotlight. In every spot where Lauper appears, there is also a group of other patients speaking. It is not the Cyndi show.

Chantix Got It Right

The same was true when Pfizer ran its campaign for Chantix featuring Ray Liotta. This campaign, which began in 2018, was part of Pfizer's ongoing “Real People, Real Stories” series which had been running since 2012. Pfizer invested heavily in this campaign with TV ad spending totaling $447 million over those years. You don't spend that kind of money if things are not working well. In our research, we found that a Ray Liotta was a top performing ad for 2018.

So you wonder, what is the difference between using real people and celebrities in ads? Well of course, there is the recognition factor. The Khloé Kardashian's Story certainly got Nurtec noticed in ways that might have been good or bad. Our research showed that the subsequent advertising for Nurtec with Whoopi Goldberg was very strong. There was another part of the story that may be overlooked. Use of celebrities and non-celebrities, either in the same DTC spot or independently can be the strongest combination. In testing of the Nurtec campaign, we found that the "Ellie Spot" (shown above) and the independent Whoopi advertising was particularly effective for the brand. People love both Whoopi and Ellie. In this case 1+1 certainly equalled 3. Biohaven has seen tremendous benefit from the combination.

Subway Got It Wrong

Don't get us wrong. Sometimes a spokesperson who seems awesome can become your worst nightmare. One need only remember the effect that Jared had on Subway's business. It was a calamity.

Do Your Homework and You Can Answer The Question

The best idea is to fully vet the celebrity. Make sure the connection between them and the brand is authentic. And make sure that nothing weird is going to come out of the closet. Unfortunately there is not one answer to the question, "Do Famous Spokespeople Really Work in DTC Advertising". The answer is maybe. Do your homework, do some research, then you will know better. You can have excellent results like Cosentyx and Nurtec. Or you can get a black eye, like Subway.