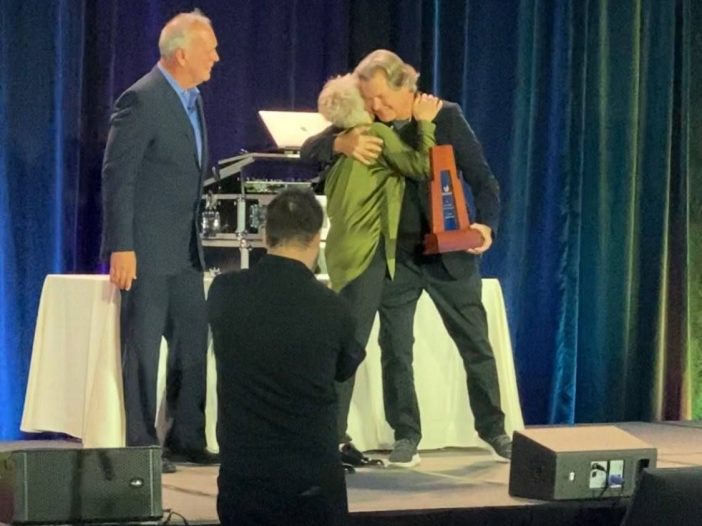 Recently the LINZESS team has won a lot of awards for its DTC efforts. In these days when awards are often given like confetti, this team truly deserves recognition. LINZESS is without a doubt a poster child for great DTC advertising.

Sharon cut her teeth on DTC marketing in the early days of patient marketing. Working with the strategic team (referred as the Shark Fin Project) she was a key player in the development of the approach intended to sustain revenue AZ knew it would lose once PRILOSEC went LOE.

Nexium Comes Onto the Market Strong

Recognizing this threat, AstraZeneca carefully planned the launch of NEXIUM. Sharon's team was was charged with developing a consumer strategy that would enable NEXIUM to pick up the baton from PRILOSEC.

PRILOSEC had become one of the most recognizable drugs in the world, in no small part due to branding around its color. Advertising had emphasized purple. Instead of walking away from this equity. the team decided to build on it telling patients they should ask their doctors about "today's purple pill. From the makers of PRILOSEC." AstraZeneca proceeded to pour huge amounts of money into its consumer marketing, spending over $478M million in its first year of marketing according to research firm IMS Health. In those days, NEXIUM was the most heavily advertised drug in the U.S. It paid off, with NEXIUM garnering blockbuster + sales.

Never One to Rest on Her Laurels - The Rise of Linzess

After a series of home runs including her efforts for the CRESTOR brand, Sharon decided to try something different. In 2012 she joined Ironwood Pharma and began working on LINZESS, especially focusing on digital efforts for the brand. This novel drug was launched into the market in 2012 to treat IBS-C, a condition that continues to be poorly treated by patients. At that time, LINZESS was mainly facing competition from AMITIZA, an E1 (PGE 1) derivative that was approved 2008. Takeda placed a strong emphasis on HCP efforts behind marketing for AMITIZA. Some very odd DTC efforts were also used to support the brand. Revenue growth for AMITIZA was extremely sluggish. Not so for LINZESS. In its first year, LINZESS brought in $138M in revenue and it never looked back.

Taking DTC Marketing To The Bank

Many companies and their agencies like to brag about the originality or flare of their DTC efforts. However, very few bring evidence to the table to show that it is paying off. In the years from 2012 to today, LINZESS has grown into a blockbuster brand. Meanwhile, AMITIZA, which went off patent last year, was lucky to eek out $120M in sales for 2020. Where is the difference? Many people will tell you that LINZESS and AMITIZA offer similar benefits to patients. You'd have to ask a doctor about that. We can't answer that question. However, we certainly can say that the team at Ironwood has done a fantastic job!

Marketing for LINZESS spoke directly to the concerns and needs of patients. The "Tell Me Something I Don't Know" campaign, launched in 2015, tapped into consumer frustration and shame around the disease. In 2017, Mark Rossetti, brand manager for LINZESS reported that the brand registered a 13% increase in scripts from the prior year directly related to this marketing. We believe that the indirect effect was likely much higher.

More recently the brand is using its new indication for bloating, discomfort and pain to increase patient awareness of the problem. Slow diagnosis of the condition is a serious problem affecting patients (with the average patient only being diagnosed 5 years after experiencing symptoms). LINZESS will continue to address this issue as it provides patients with relief.

So Hats Off To Sharon and the LINZESS Team

You give us faith that sometimes awards are more than just a "beauty contest" intended to attract attendees to conferences. We'll be watching to see what your next effort will be like. We're sure that it will be good!