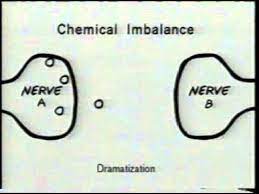 My family is liberal and for years they have attacked me about DTC Advertising. At holiday gatherings, they often call me the "black sheep" for the role that I play in creating patient advertising. Other more famous people also attack me. At one conference, Ralph Nader (the Pinto guy) came down hard on me about the topic. "These ads should be banned" he shouted vehemently. Mr. Nader, I beg to differ. While not all DTC advertising is positive, we've done many very good things over the years. For example...

We changed the way that people consider conditions like Depression

Years ago I was involved with the "Depression Hurts" campaign that was launched by Eli Lilly. Many of you may not remember, but in those years Pharma was attempting to demonstrate to society that depression was often triggered by chemical factors beyond the control of patients. We were educating the public and the sufferers that depression is not a personal failing. There are solutions and there is hope.

I am attending a conference in Boston this week. A woman from an agency came up to me and let me know that her brother suffered from depression and that he committed suicide. It broke my heart to hear her story. However, like me she knows about the good effect that DTC marketing can have for patients like her brother. While it did not help him, we know that this type of marketing has helped thousands of other patients with this horrible condition.

Even Doctors Were Not Telling This Story

Recognizing a serious problem within the medical community, the National Institute for Mental Health (NIMH) launched an education campaign about the condition in 2003. They launched the "Real Men, Real Depression" campaign designed to show that even tough guys can experience depression. These ads were focused on patient education and were not advertising any one brand. Among the early ads, Jimmy Brown, a firefighter from New York, talks about how the condition was stealing the joy from his life. Some of the men interviewed for the campaign reflected on the stigma that they experienced around their condition. They said that a major barrier to seeking help was social pressures they felt among friends and in the workplace around having psychological problems. In these days, when the reality of depression is accepted by most, we forget those early days when depression was in the shadows. We act as if it always was this way. But it wasn't. In those days, many patients suffered in the dark.

Then there was the "Tubs"

Then some of my relatives point to ridiculous ads like the tubs for Cialis. What do tubs have to do with "impotence"?

What is the definition of "Impotence?"

Oops, hang on a minute. Did I offend anybody? 30 years ago, this idea was very offensive. Doctors often did not raise it with patients and of course men were even less likely to talk with their doctors about it. It was called the "doorknob" topic. If a man ever talked with the doctor about the problem, he might bring it up just as the doctor was walking out of the door. Something like, "hey doctor, not sure if this means anything, but I've been having difficulty in the bedroom over the years. I am embarrassed to talk about it, but could this be a medical condition?"

Yes, it is very likely that it is a medical condition. And you do not have to call it impotence. It is not an "old man" condition. And you should stop calling it "impotence" because it is not your fault. When was the last time you heard this term used? And why do you think that is so? Do you think that society just starting thinking about it in a new way on its own? No, it did not. The advertising was necessary. And as with depression, it made the lives of many people better. Did Pharma profit from the sales of Viagra and Cialis? Of course they did. But I have a problem with this as well. Since when did you ask for a corporation that spends billions of dollars to invent something to be non-profit? If that is what you want, pass legislation. Walk the walk. The government can start paying for these breakthrough drugs, but until that happens give Pharma a break.

That was long ago, what about now?

At the same conference this week, I was blown away by a presentation from Mike Mazza who is an executive at Horizon. They are are doing the advertising for Krystexxa which is used to treat gout. Unlike Depression or Erectile Dysfunction, Krystexxa only affects a small percentage of the population (4%). In the past, this discussion would definitely be left to the doctors. However, Horizon realized that patients need a voice.

Coming from a CPG background, Mike knew that the path to treating gout is often non-linear. Patients who suffer from the condition do not follow a straight sequence that we often think about: going online, searching about symptoms, going to a website, then talking with a doctor. It isn't that easy. Mike's team learned about the patients and he is creating a program that can truly help them.

It can start very early days. Patients will begin to experience pain in their joints that they cannot explain. They may wonder about it, but will often not explore it with doctors. And to be honest, the doctor may not want to take it up with them either, asking them to wait.

Horizon is Proactive About Gout

Horizon developed a patient program that serves the population. Perhaps years before receiving treatment, Horizon will speak with patients about their symptoms. Mike points out that he puts the patients in control of the conversation. If they search for information about the symptoms, he gives them the option to use a website or to speak with a nurse! You heard that right, Horizon is funding direct CRM that supports patients to answer their questions, even if they may never use Krystexxa. This is the long game. Horizon is speaking to a population that needs help and providing solutions.

So what should I say to my family and Ralph? Am I am embarrassed for having spent the last 20 years helping to create campaigns for brands like Nexium, Plavix, Seroquel, Symbicort, Cialis and Cymbalta? Absolutely not. Are there problems with some Pharma marketing? Absolutely. I live in CT and Purdue Pharma is just south of me. We all know that story.

For those of us who are creating DTC marketing, I doubt that I changed any minds. Feel proud of what you do. However, for those of you that complain that drug companies spend too much money on this marketing or that it should be banned, please think twice. I'm glad to have the conversation with you and likely I will see your side of the issue. You can email me at Frank.Chipman@aim-fire.net.  I won't be offended.  We may agree to disagree.  I am also very proud of the work that I do.